A while back our own Conor gave a workshop to the students of the Trinity Pirate Party. Check out some of the photos from the event. If you are interested in learning to lockpick drop by one of meetups every sound Monday. To view all the photos check out our gallery. 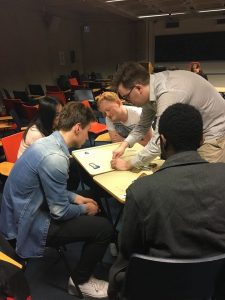 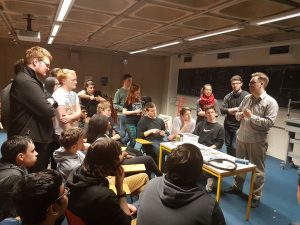 I am happy to announce Lockpicking will be returning to its bi-weekly scheduled meetings this Tuesday 26th of Jan at 7:30pm. For those of you lucky enough to get picks from Christmas, bring them along. Fancying learning how to pick? Drop by and have a go at lockpicking. We have ever dwindling supply of loaner picks, so we should be able to loan you something.

Also on the horizon is a regular Lockpicking 101 class taught by our elite team of pickers. Stop laughing! Watch this space

Any further questions? Check out our FAQ HERE

See you on Tuesday Jester here, I have been invited to run a 2 hour hands on lockpicking workshop in the Science Gallery as part of their SECRET Exhibition on the 10th and 15th of September 2015. The first date sold out quicker than I would get around to putting up a blog post, so allow me to tell you about the 2nd one.

The event description is on the Science Gallery website is HERE. In the 2 hour session I will include 30 minutes of presentation slides showing the inside of a lock, and how we manipulate the lock without the use of a key. I will also show examples of other types of locks that you might see on a regular basis, and the possible insecurities of these locks. This is followed by us giving lockpicking a go ourselves. The Science Gallery were kind enough to supply locks and lockpicks for the session, but I will also bring along some of TOG’s collection from the Ha’penny Bridge.

If you are interested, I have placed the booking form below, or please jump over to the Science Gallery booking page HERE and grab yourself a place Our Locking picking group are always busy saving the Ha’penny Bridge one lock at a time. By teaming up with DCC Beta, they are not only been helping to save the bridge but also to reduce the cost of removing the locks. One of the problems our LoveLockNoMore team face, is when people return to find their lock  gone. They are left in a state wondering will their love disappear just like their lock.

We have come with the solution of leaving a calling card any time we remove locks. We hope people will find our twitter account and get in touch if they would like their lock back.

As we are a maker space too, we decided to make the calling cards ourselves. After a quick prototype drawn in Inkscape, we went to our Lasersaur to make it. Some photos of the build. The TOG Lockpicking Group were in the press a few times over the last few weeks. Mainly over the Love Locks removal from the Ha’penny Bridge. At first we got some mixed responses from family members and colleagues but eventually we got them to see us as helping the bridge and not destroyers of love!

If you missed any of the coverage, a TOG member running the @LoveLockNoMore account documented the adventure.

It all started with a quick visit to the bridge to remove 8.7KG of locks:

After a quick session on the bridge last night I liberated 8.7KG of locks from the Ha’penny Bridge. pic.twitter.com/mecWpknDQP

Then of course Broadsheet.ie pick up on it:

You know your doing something right when @broadsheet_ie write about it and the commenters have something to agree on! http://t.co/OfWcj0sZaw

Then the newspapers picked up on it:

We even managed to squeeze in a bit of run with a quiz :

Would anyone like to guess the number of locks in 13.4kg? Answers on a postcard! Pics were sent out yesterday. Counting tonight for @DCCbeta

Even getting into the Social Media Column in the Irish Examiner:

And what is the best result of it all? The Dublin City Council visited the bridge with their cutting tools, and cleared the bridge! I job well done if I do say so myself 🙂

Look at the difference last night! Look at what the @DCCbeta were up to on Monday! Bridge looks so much better now. pic.twitter.com/TwURsrMNRK — LoveLockNoMore (@LoveLockNoMore) February 25, 2015

Security Saturday is a one-day event where security experts and hobbyists get together to teach, learn and discuss a myriad of topics related to security. From picking locks to hacking wireless routers and getting started hacking RFID tags.

Anyone interested in security as a hobby or professional should get something out of it.

The only prerequisite is a laptop and an open mind. All talks and workshops will assume no prior knowledge and will start with first principles.

All tickets come with a Starter Kit to get you started hacking, picking and more. Early bird tickets will get a special bonus of an Arduino compatible *electronic door opener, and are in very limited supply, so act fast!

Tickets are in limited supply, you can reserve yours at SecuritySaturday.com

* All tools and information provided are for educational purposes only.