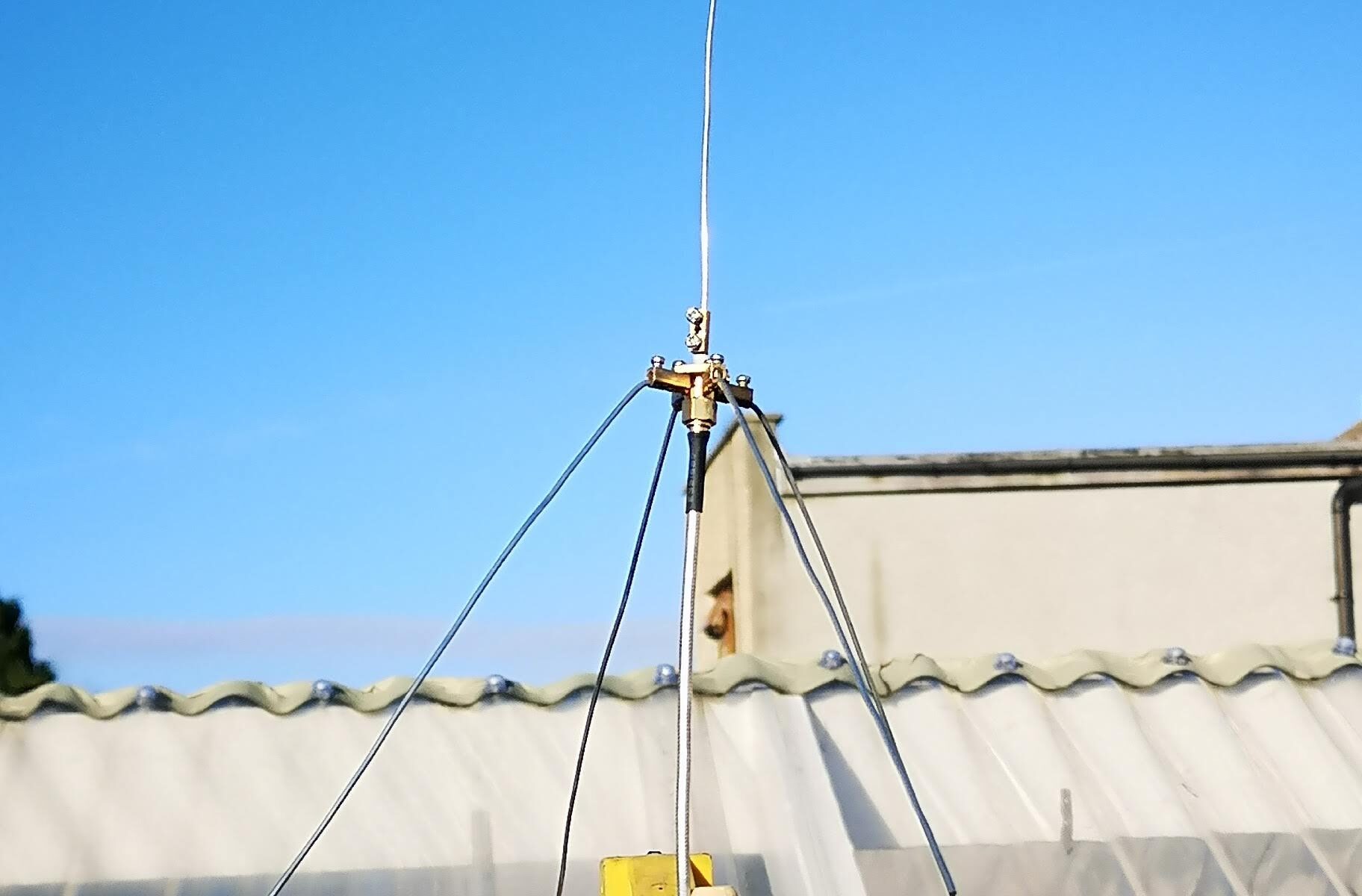 Space is fun. Receiving data from space is even better.

TinyGS is an open community-run network of Ground Stations distributed around the world to receive and operate LoRa satellites, weather probes and other flying objects, using cheap and versatile modules. https://tinygs.com/

This hands-on workshop will cover building, programming and setting up your own TinyGS station.

Participants will build their very own quarter-wave ground plane antenna, and base station to take home. All they have to do is plug the box into a USB charger.

This workshop is perfect if you want to get started building your first antenna and get started in the world of radio.

No amateur radio license is required to operate the station, only if you wish to send data to space.

Participants are required to bring a WiFi device like a phone or laptop to configure and a Telegram account.

This workshop is facilitated by our own Jeffrey Roe and with help from Gary.

You can read more about the building a TinyGS project on our blog https://www.tog.ie/2022/02/building-a-tinygs-station/

All visitors are welcome to stay at the event of the workshop for Tog’s Open social night https://www.meetup.com/tog-dublin-hackerspace/events/286494552/

Space is fun. Receiving data from space is even better. Below is a project built by our own Jeffrey Roe.

TinyGS is an open network of Ground Stations distributed around the world to receive and operate LoRa satellites, weather probes and other flying objects, using cheap and versatile modules.

The first step of the project is to load the software onto the TTGO LoRa32 V2. The TinyGS project provides a cross-platform flashing tool. It is then a very simple program to flash the firmware onto the microcontroller. The project then makes use of a Telegram bot to set up your station, issues you a username/password. If you wish to enable data transmission to the satellite you must have an amateur radio licence.

The main motivation for this project was to try out building my own antenna. A quarter-wave ground plane antenna is a great first project for people interested in radio. It requires only a small amount of tools. A youtube video from Andreas Spiess pushed me to think this was possible.

The first step of the antenna is to know the length of the radials(the bits on the side) and the monopole(the bit coming out the top). If you go along to this website, it has a handy calculator. We are trying to build a 433 Mhz for our purpose. I started out cutting up lengths of wire that I think is used for fencing. Sanding the ends of the wires to ensure an electrical connection.

Using the insides of terminal blocks, I connected the radials to an SMA Female Chassis Panel Mount. It made the build much easier. But the holes on the panel mount are just a little too small for the screws from the terminal blocks. I drilled them out a little to make enough room.

My brother helped to make a wooden plate and a little stand for the project. This allowed our outdoor testing as seen above. The next step was to bring the project outside and see would we receive any data. I was a bit unsure how the project would work out, so I had bought two units and one commercial antenna. The plan was to set them up in the back garden to test if my first antenna was up for the challenge of receiving data from a satellite in space.

The above photo shows both units in action. The unit on the right is our homemade antenna. They are on top of my washing line, held on with clamps in my back garden. It is in an urban back garden surrounded by houses. I had to wait around an hour for the first pass of a satellite.

The above is a side by side of the data received from both ground stations. The one on the left has the commercial antenna and the one on the right is my shiny new homemade antenna. I was very proud to see it working and even picked up an extra packet in the process. The data came from a CubeSat called Norby. You can read this paper about its build.

As darkness fell, so did the experiment end. Both units have now come into the house. I am still running my homemade unit on a windowsill until I get a chance to build an enclosure for it. Another task is to test out the antenna performance with a NanoVNA tool a member has loaned me. For more project photos check out our gallery. You can view the data the station is receiving online in real-time. https://tinygs.com/station/EI7IRB_2@747769602

If you are interested in taking up Amateur Radio as a hobby come along to this webinar. Amateur Radio – A Life Long Technical Hobby. A special Engineers Week event hosted by the Electronic and Computing division in Engineers Ireland and South Dublin Radio Club. It will feature me and Adrian Connor. Join us on March 10th.

The space has been a hive of activity as we get it ready for our members. We will be hopefully soon being opening to the wider community. Check out the videos below and our gallery.

We have now said goodbye to 22 Blackpitts, our home since 2015. The space has served us well. We had many great events and projects build while there. At this point, we also say goodbye to Dublin 8. We have been in this area of the city since TOG 2.0 in 2010. This area and the wider community have been great supporters to us. It has allowed our little group to grow up to a large members organization that supports a wide range of activities and people to have a creative outlet.

Check out our photo gallery to see all the effort that went into the clear-out and move.

We are delighted to announce that we have secured a home for TOG 4.0. We have taken a lease on a 335 square meter industrial unit in Bluebell at Unit 1B Motor City, just off Kylemore Road. We are about an 8-minute walk from Kylemore Luas stop and there is also plenty of car parking available.

Keeping things retro our first photo of the space is taken on a 1970s Polaroid sx-70 instant camera.

The unit is completely empty, so we now have a blank canvas to build a wonderful space for ourselves and our community of hackers and makers. We are always open to new members so if you would like to be a part of building TOG 4.0 please let us know!

We want to thank all our members and the community for their help in finding a new space and a home for the next few years. You can check out our gallery for more photos of TOG 4.0.

TOG has been in existence for over 12 years now, providing Dublin with a space to craft, hack, make and socialize. Watch out for a mega opening event when COVID permits. We are all really looking forward to running events and working on projects again.

TOG 3.0 is coming to an end! We are giving away loads of good stuff, and any donation (big or small) will go to the moving and fit-out costs for TOG 4.0. Items range from kitchen paraphernalia, craft supplies, electronics, and office furniture. We want to avoid as much sending it to landfill.

Social distancing rules apply, you must wear a mask and the number of people admitted into the building will be limited in line with current restrictions.